1. Stand at the marker made by Joseph Nicollet during the Nicollet Expedition that overlooks the majestic Winnewissa Falls along the ¾ mile trail at the Pipestone National Monument.

2. Watch Cultural Demonstrations of pipestone being carved into pipes and crafts by Native Americans at the Pipestone Indian Shrine located inside the Pipestone National Monument Visitor Center.

3. Enjoy a walk in the historic district of Pipestone built from local Sioux quartzite. Popular photo sights for tourists along the route are the gargoyles carved in sandstone placed in the Moore building.

Pick up a free "If Walls Could Talk" historic walking tour guide book at the Pipestone County Museum or the Pipestone Area Chamber of Commerce. 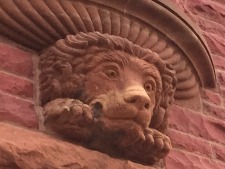 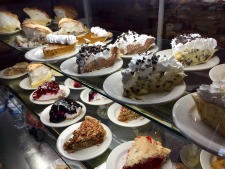 4. Shop and Dine in Pipestone's specialty boutiques, antique shops, and restaurants that set us apart from other cities and towns across the nation.

5. Take a picture in front of the largest pipe in the world at the Keeper's Gift Shop & Gallery. 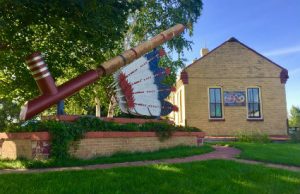 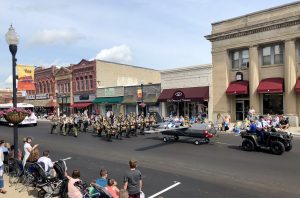 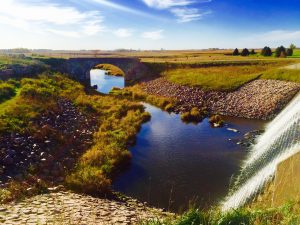 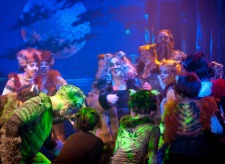 9. Pedal the Prairie! Escape to the countryside and enjoy the serene sights and sounds of nature on the Casey Jones State Trail. This 10-mile round-trip paved trail is great for running, walking, and biking. In the winter the trail is groomed and excellent for snowmobilers. Bike rentals, including tandem bikes, are available during summer at the Ewert Recreation Center in downtown Pipestone. The Casey Jones State Trail was the first ever authorized State Trail in the State of Minnesota. 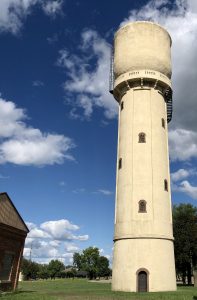 10. Rest at Water Tower Park just off US 75 & MN 23. The Pipestone Water Tower is unique in that it is one of only two water towers in the United States known to have been designed by architect L.P. Wolfe; its sister, the Brainerd Water Tower, is located in Brainerd, Minnesota. It was built to replace an aged steel standpipe tower built in the late 1880s. Construction on the structure was commenced by the Campbell Construction Company in 1920 for $24,610. Water service from the tower began on October 26, 1921 and continued until it was replaced by a larger tower in 1976. A restoration of the tower was undertaken in 1990, along with the construction of a wayside rest area.